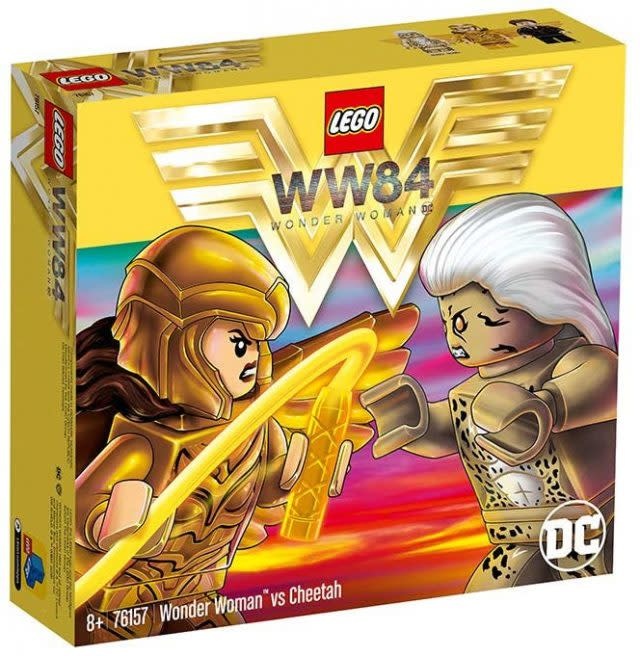 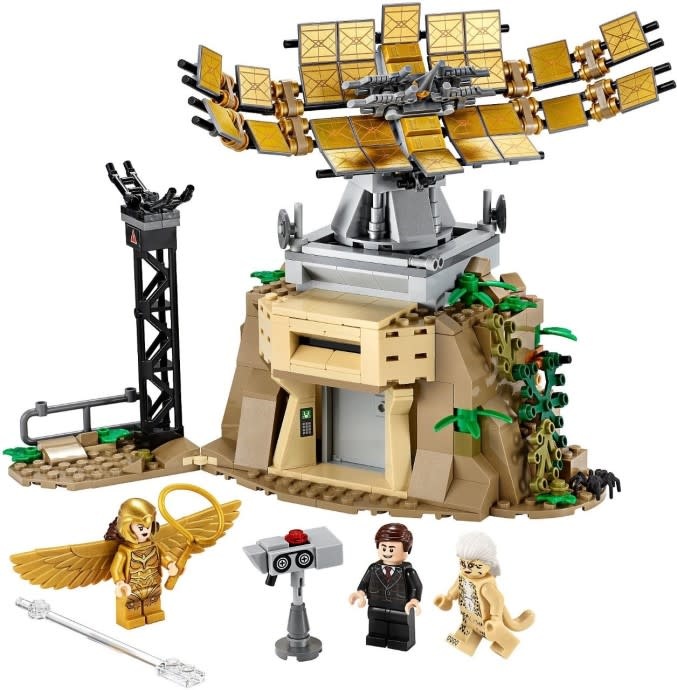 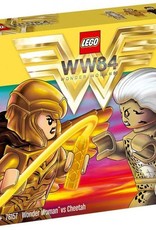 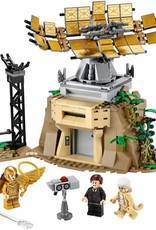 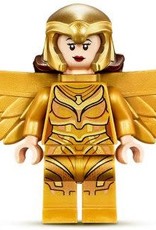 Out ahead of the movie!

The Warner Bros. film, Wonder Woman 1984, was originally scheduled to open June 5, but due to the coronavimess it has been delated until August 14.

Minifigures included are Wonder Woman in gold, her arch-enemy Cheetah in a catsuit and a character named Maxwell Lord sporting a plaid suit and tie.

The set (approximately 8" x 8" and two-sided) features a bunker and a tower with a rotating golden transmitter. The transmitter rotates 360 degrees and tilts up and down.