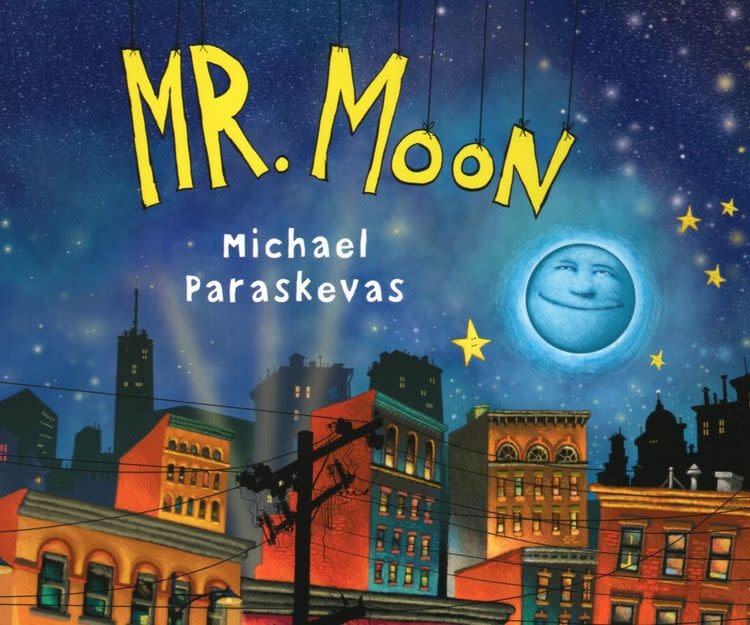 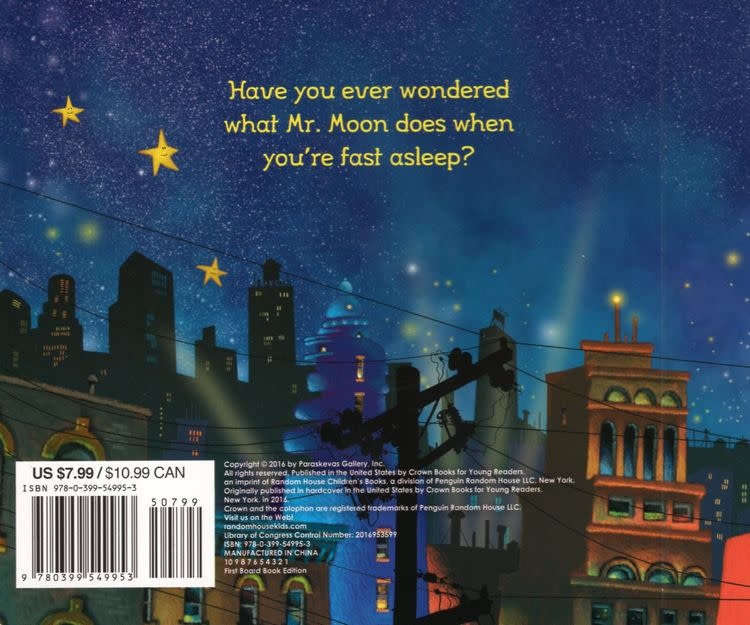 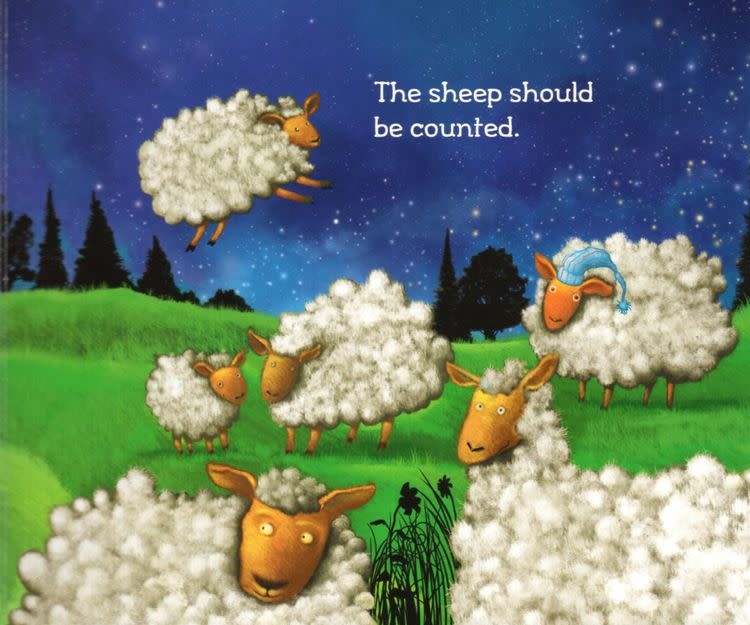 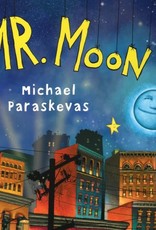 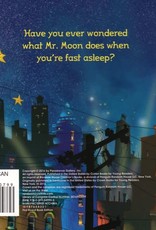 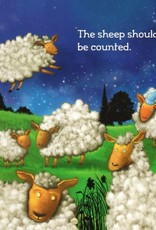 Cuddle up with this charming bedtime story that answers the question: What does Mr. Moon do when you’re fast asleep?

There is a lot of work to be done before the sun greets the dawn. But with the help of Mr. Moon’s light, all the creatures of the night are able to do their jobs—cloud fluffers are fluffing, crooning crickets are performing, and cows are jumping over the moon.

All night long, Mr. Moon keeps watch, making sure the world is ready for a new day when you awake.

Michael Paraskevas has been an illustrator since graduating from The School of Visual Arts in 1984. He then went on to receive his MFA from SVA in 1986. He has worked for most major magazines including Sports Illustrated, Time, Town & Country, New York Magazine and Rolling Stone, to name but a few.

Michael Paraskevas has also illustrated and written 24 children’s books over the years with his mother, Betty. The two went on to create and write the animated television series Maggie and the Ferocious Beast for Nickelodeon. Two of their other books were also made into animated series: Marvin the Tap Dancing Horse for PBS and Kids from Room 402 for Fox Family. Betty passed away in 2010 and Mickey continues to work on his books, animated projects, illustrations and paintings for a variety of companies.

Michael and his wife live in Southampton, New York.