No Stress Chess by Winning Moves 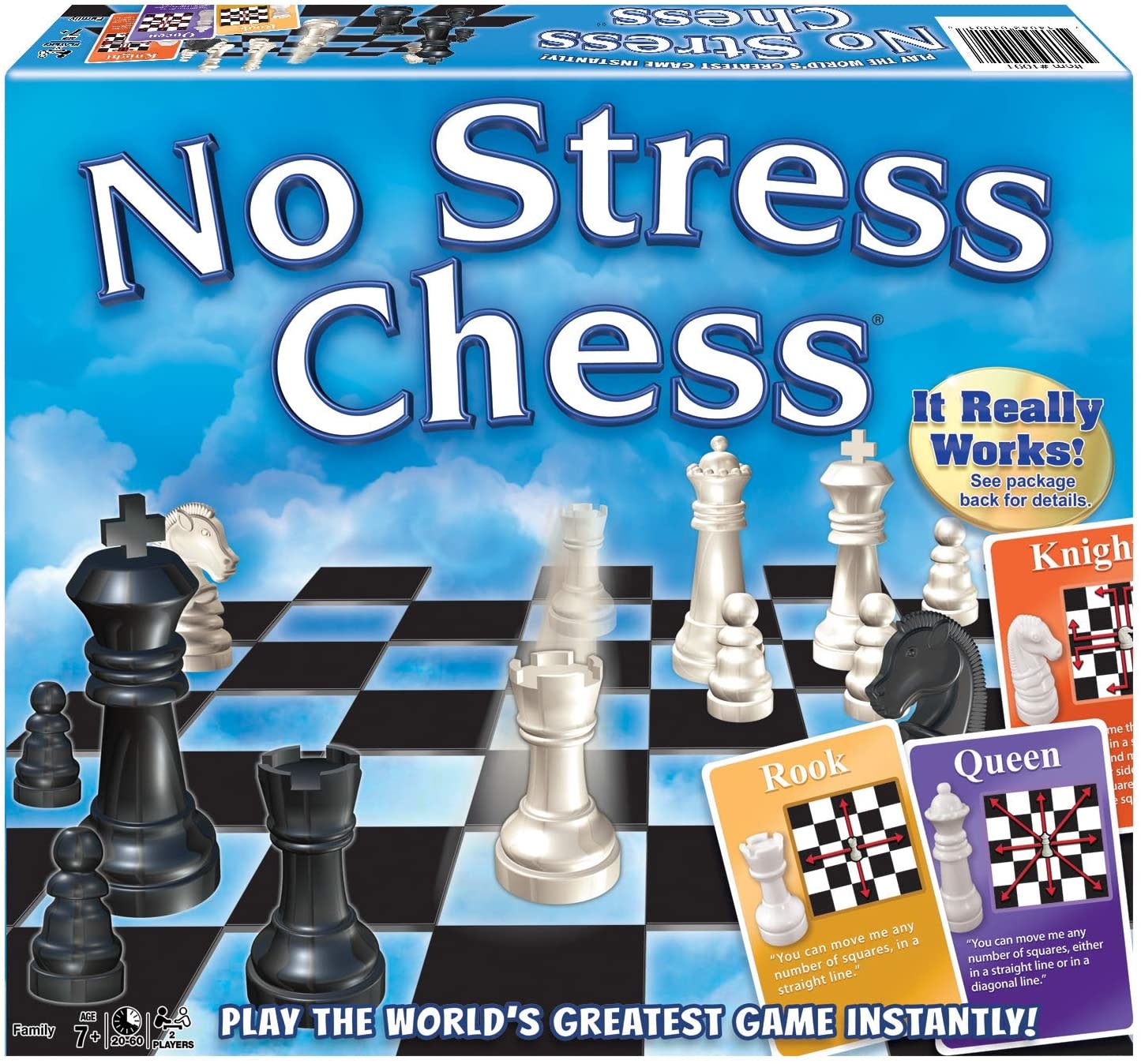 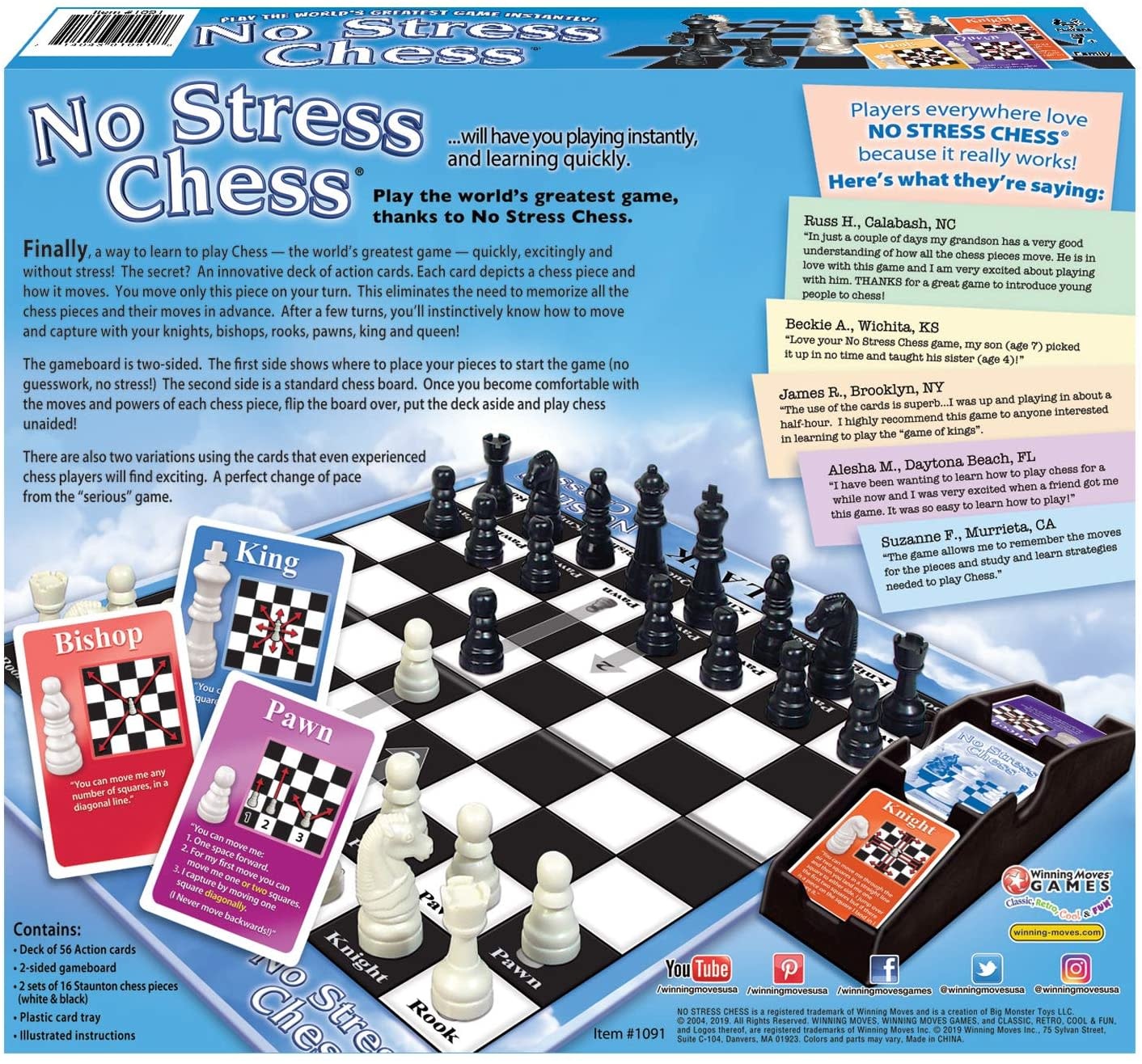 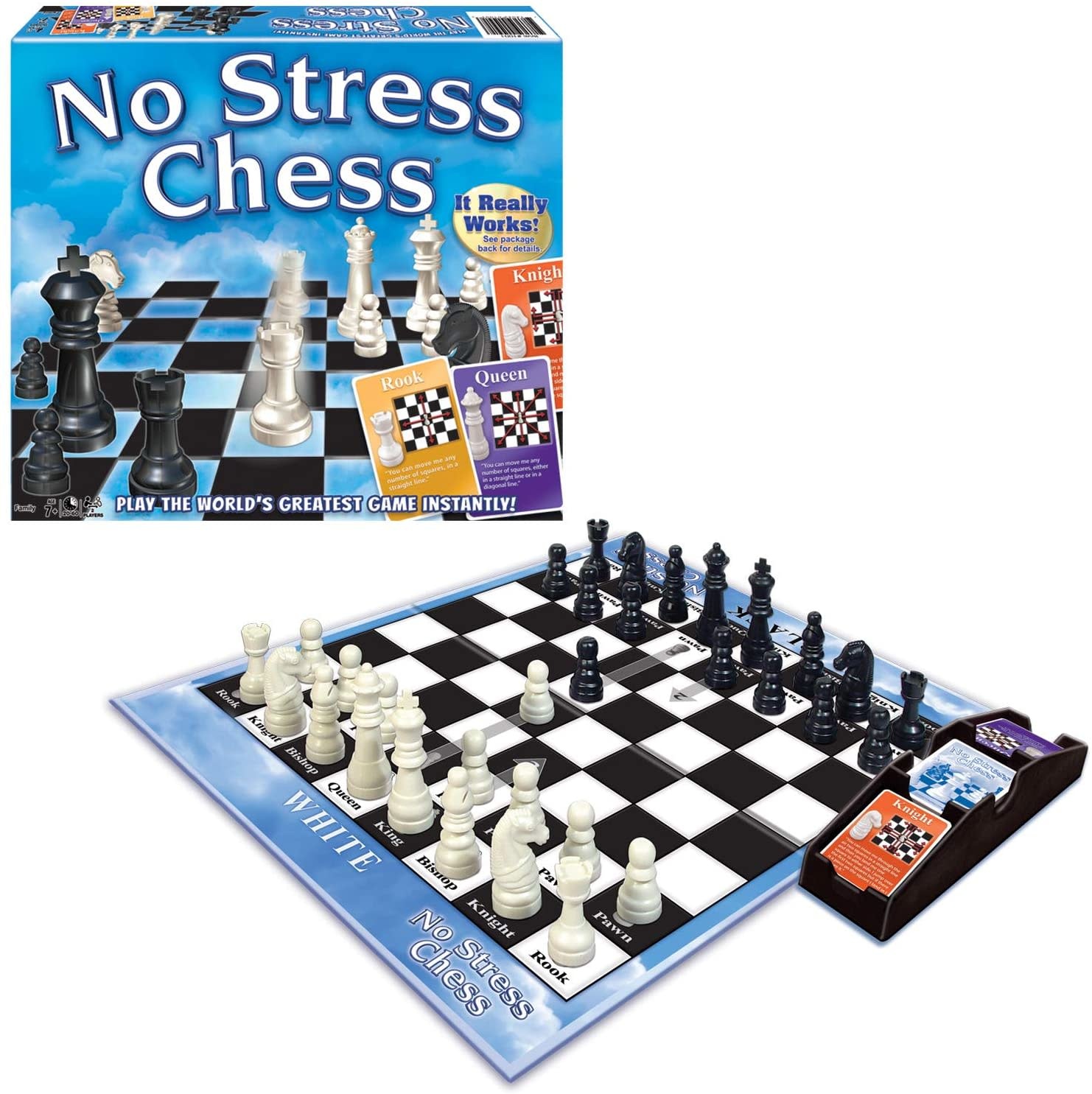 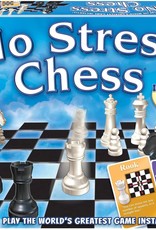 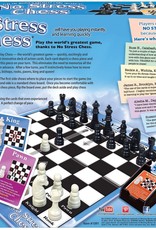 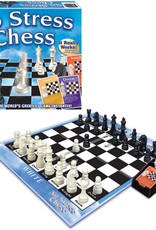 Finally, a way to learn chess without stress! The secret? An innovative deck of action cards. Each depicts a chess piece and how it moves. Once you become comfortable with the moves and powers of each chess piece, you can flip the two-sided board over and play standard chess. Includes rules for two variations of playing using the action cards, and all the necessary rules for standard chess.

The game is played on a regulation Chess board, but doesn’t require the movement knowledge or planning of Standard Chess. No Stress Chess can be played at several levels of difficulty, gradually introducing players to Standard Chess in incremental steps. When you’re ready, just flip the board to its Standard Chess board side and play the authentic 'king of games'.

Contents include two sets of Standard Chess pieces (one white, one black), a two sided chess board, a deck of 56 action cards and a black plastic card tray. Most action cards identify which piece to move and how to move it.