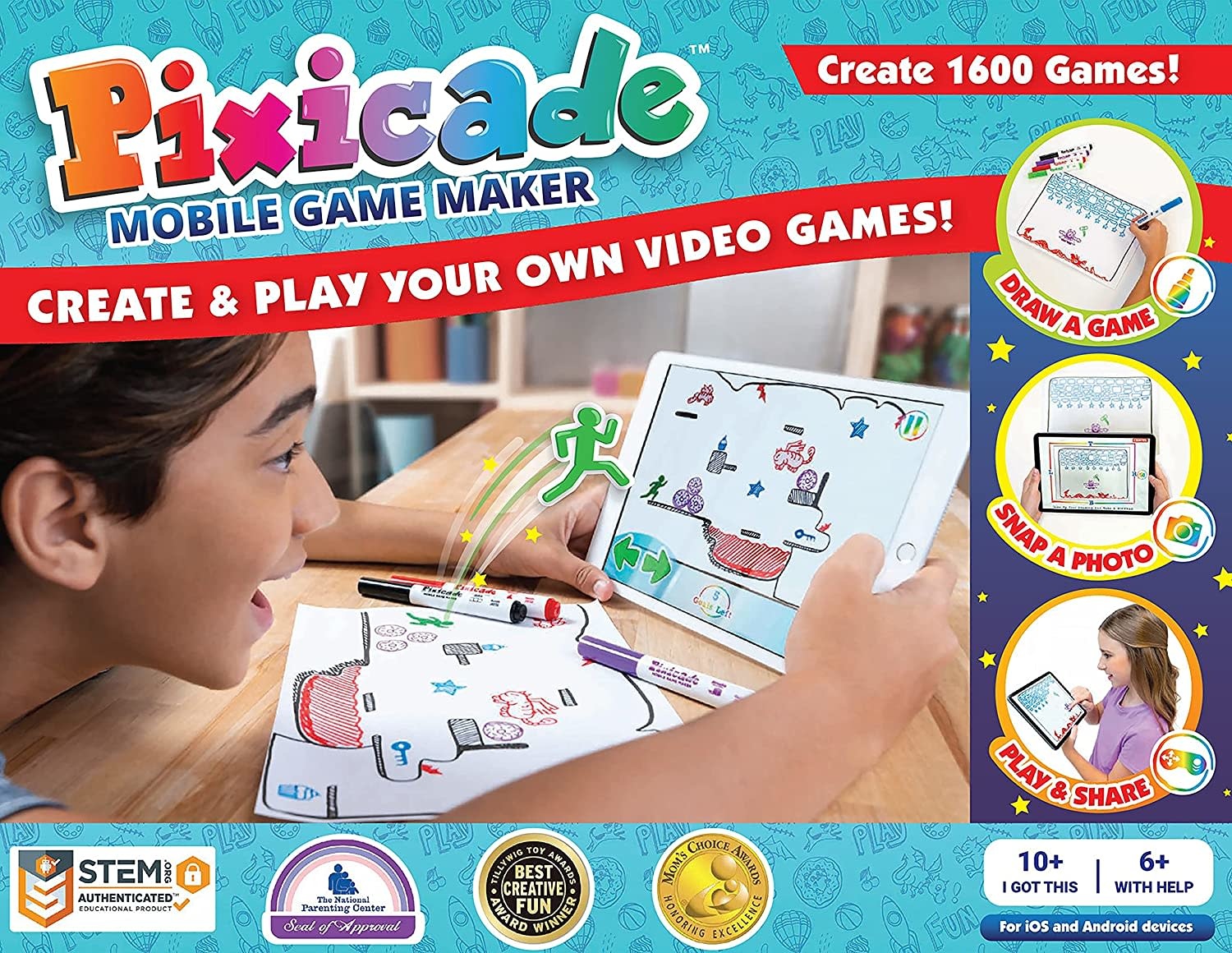 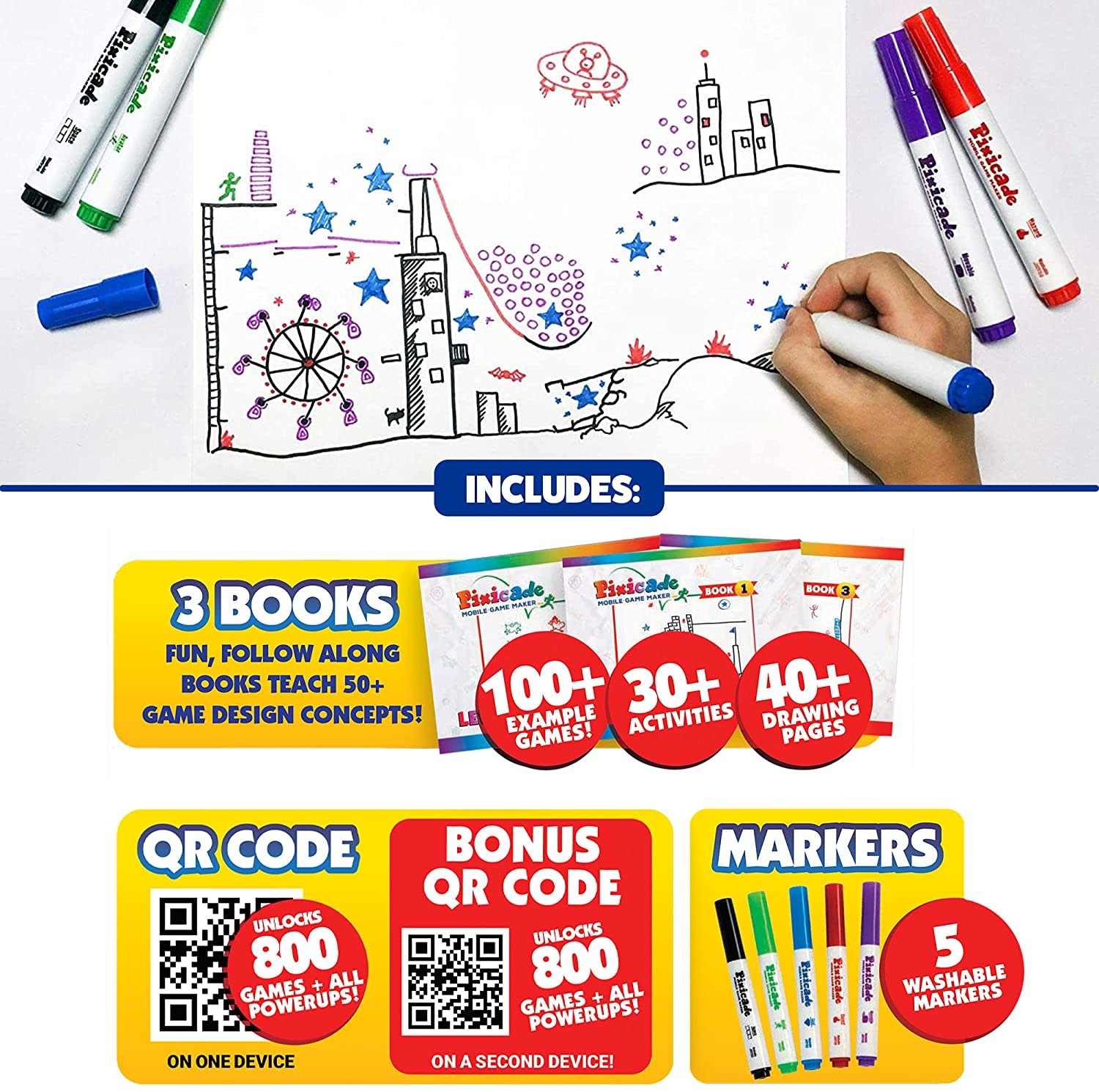 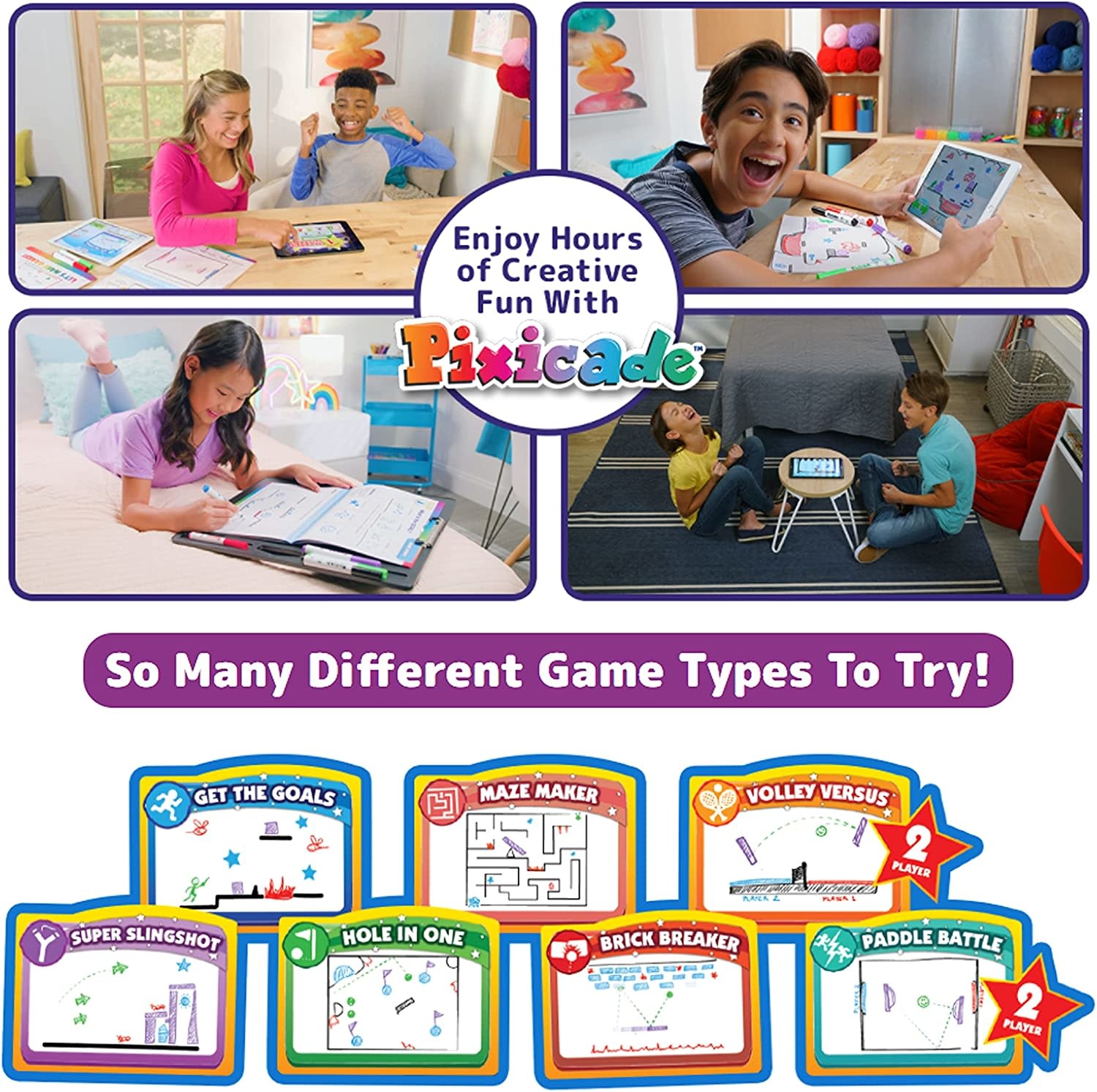 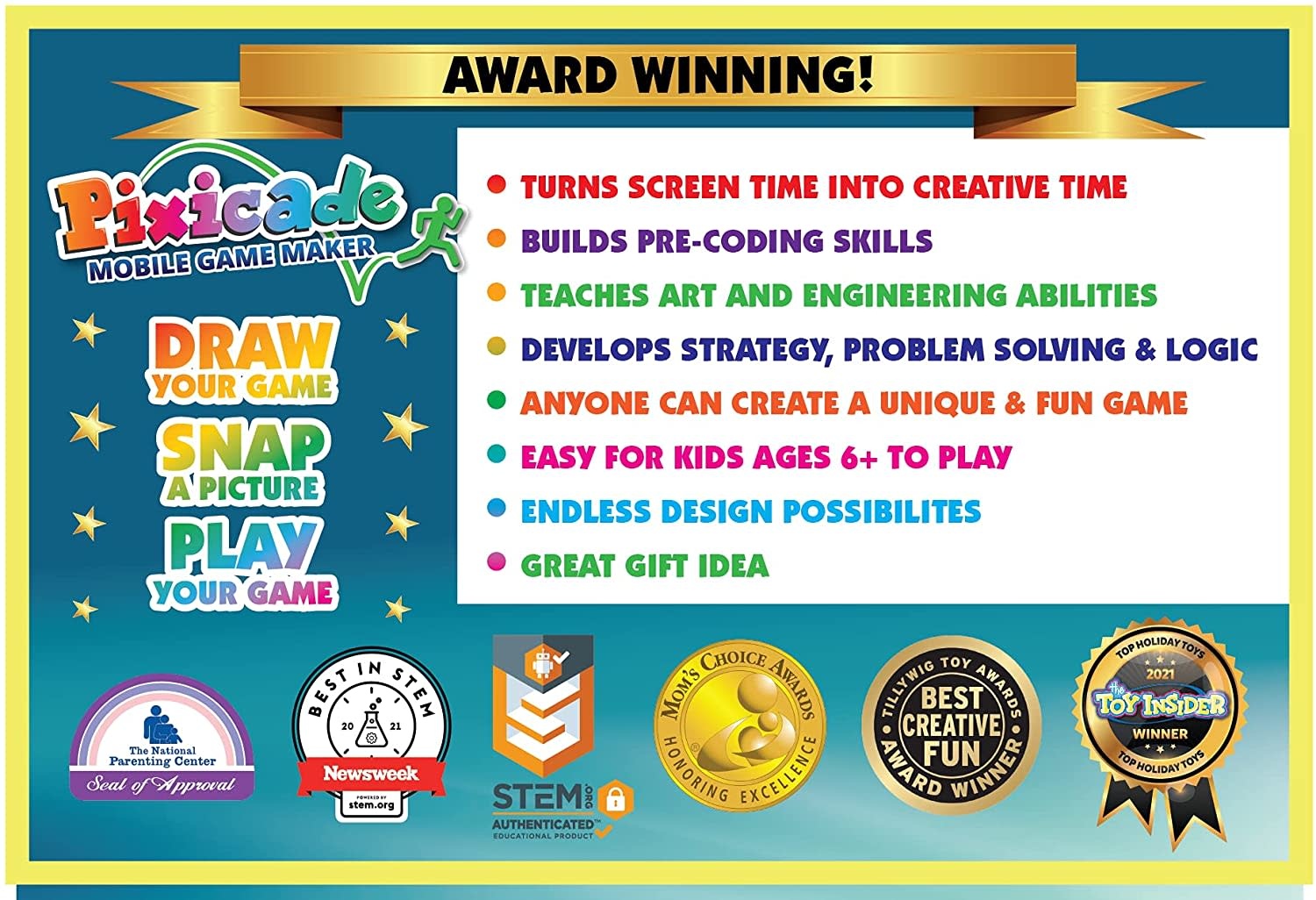 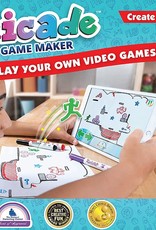 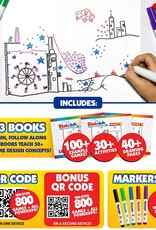 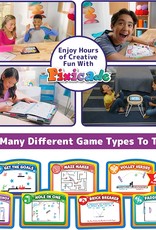 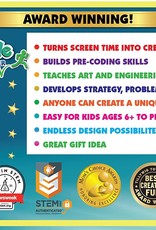 An award-winning game that gets kids' imaginations fired up!

Kids that love to draw, love video games and like solving puzzles will be amazed to see their creations come to life.Parents love it because kids will actually put down their phones or tablets and pick up markers and paper. Draw your own games, share them with their friends, and play them on their phone or tablet.

Pixicade stores up to 800 games that you create.

Extremely easy to use. Kids draw a picture of an idea for a video game using colored markers and real paper. Then, using the Pixicade app available for iOS and android, all that is needed is to snap a pic of the piece of paper! From there, the image is brought to life as an actual video game that can be played on a phone or tablet! The app only requires a camera and an internet connection. (iOS 8.0 and up, android 6.0 and up)

Create your own character, build obstacles for them to overcome, and design the goal for how to win the game! Make an interactive math game. Ideas are endless!

Add your review
0 stars based on 0 reviews