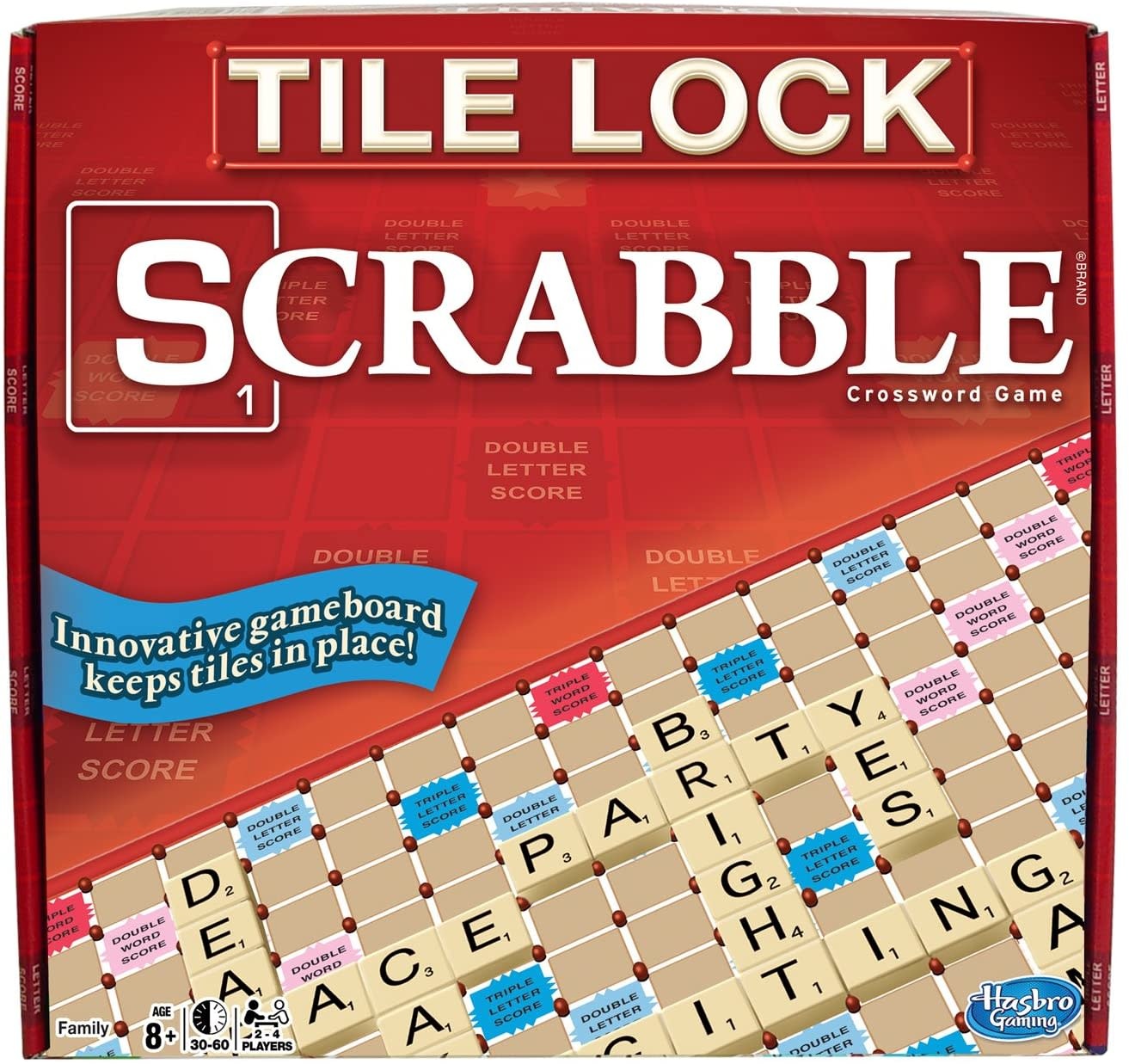 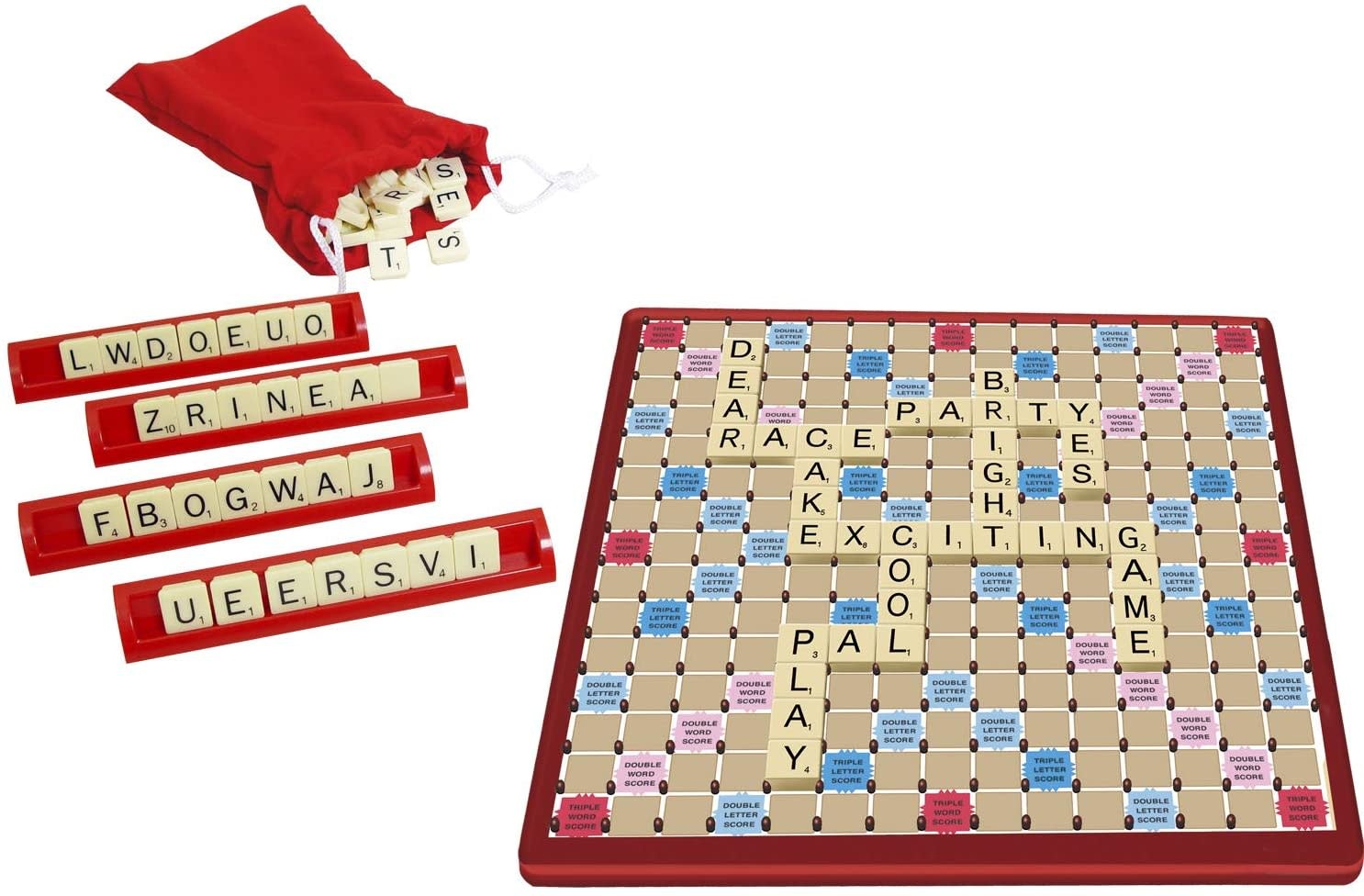 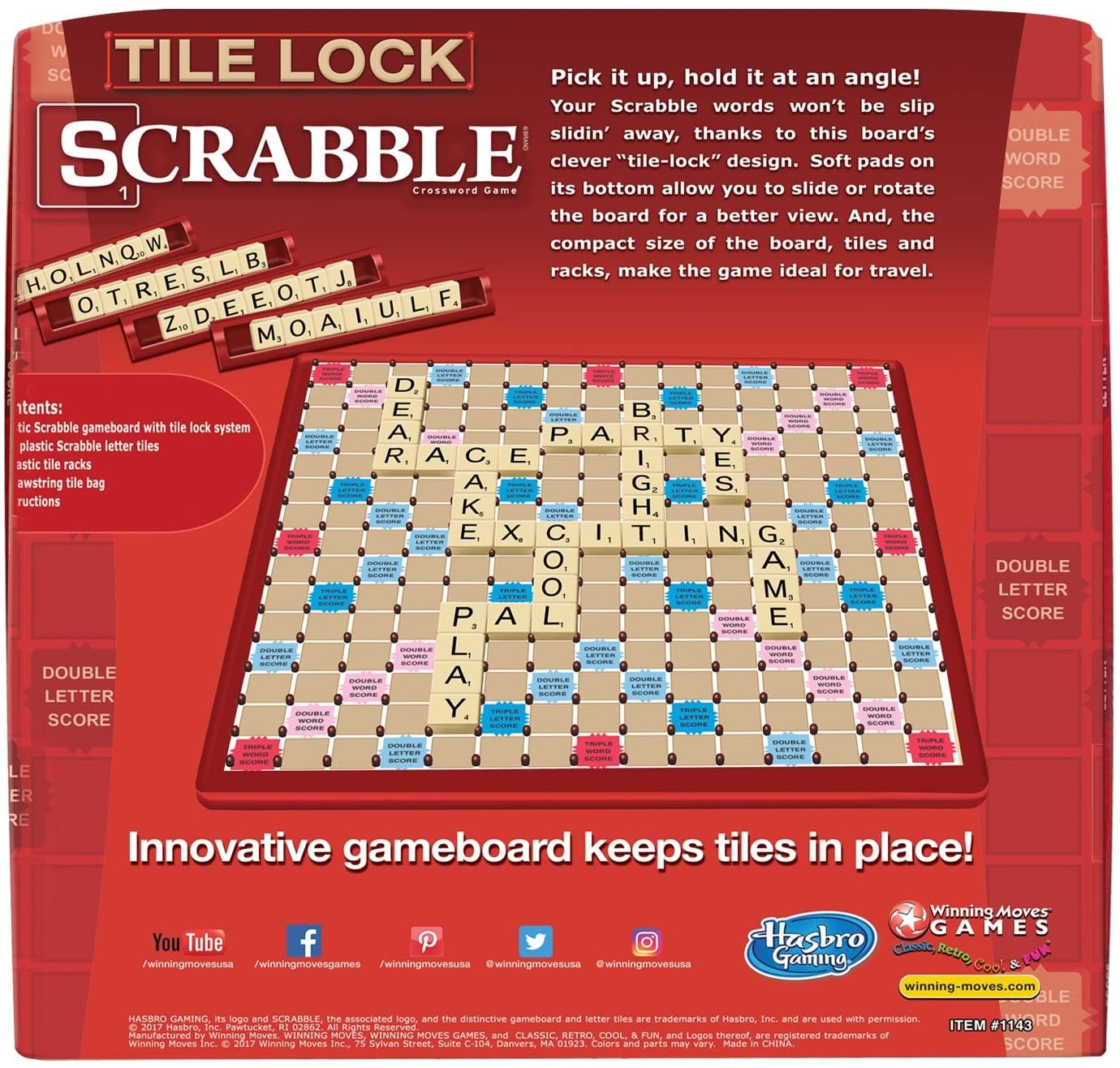 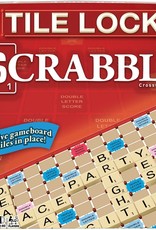 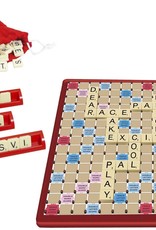 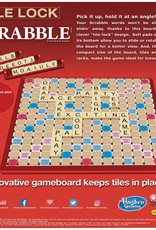 With Tile Lock Scrabble, your words won't be slip, slidin' away!

Board has a "tile-lock" design on top. There are also soft pads on its bottom that allow you to effortlessly slide the board across a table or rotate it for a better view. And, the compact size of the board, tiles and racks, make the game ideal for travel.

Originally invented during the depression of the 1930’s, the World''s Leading Word Game celebrated its 60th birthday in 2008. Over 150 million games have been sold in 121 countries around the world. Scrabble games are currently produced in 29 different languages. Over a half million children are playing Scrabble in more than 18,000 schools nationwide through the School SCRABBLE Program. The first annual National School SCRABBLE Championship was held in Boston on April 26, 2003.